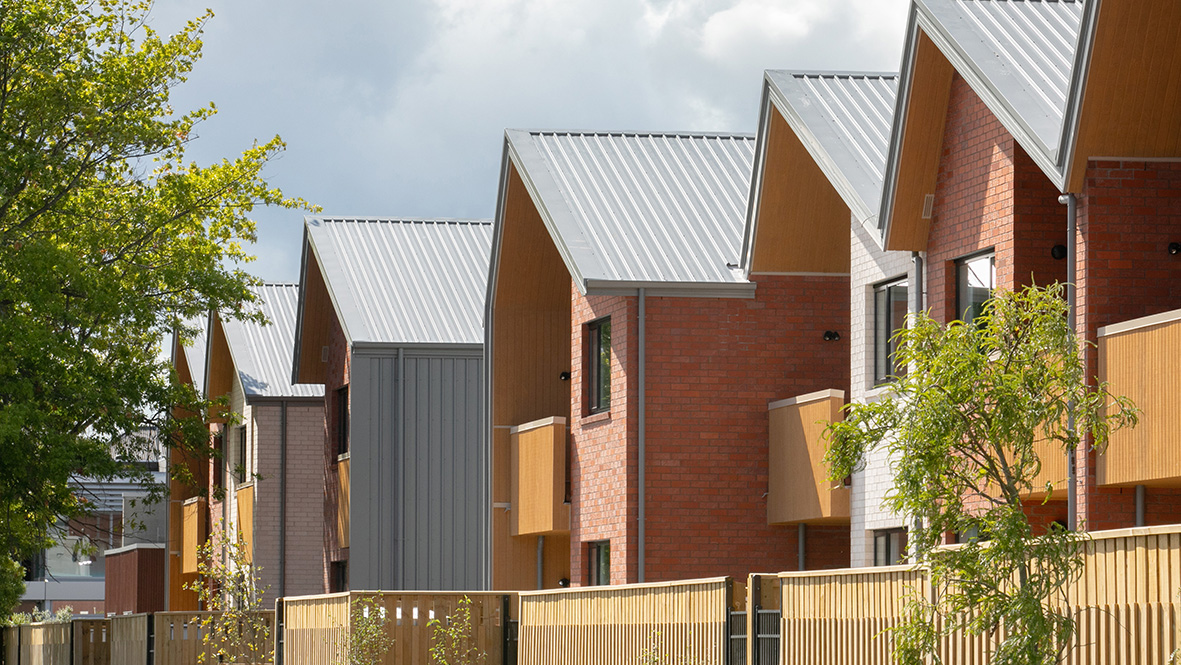 Mayor Lianne Dalziel has opened the first stage of a new community housing development in Sydenham.

Korimako Lane has 28 new Homestar 7 homes and is part of a 90 home community housing complex that the Ōtautahi Community Trust (OCHT) is building on the old Brougham Village site in Sydenham where 98 homes were demolished following the earthquakes.

The housing complex is the largest building project commissioned by ŌCHT since its establishment in 2016.

ŌCHT chief executive Cate Kearney says opening of stage one of the complex will significantly boost the community housing stock in the city and provides homes that are modern, dry, healthy and cheaper to run for those most in need.

“Three distinctly different communities have been designed for each of the three stages of this 90-home project, and they’re supported by many innovations. A great deal of thought went into the planning, which sought to minimise the build density to accommodate enhanced community amenity”, Ms Kearney says.

“There are green spaces, safe areas for children to play and communal garden areas to encourage interaction between tenants.”

ŌCHT commercial and development manager Ed Leeson says the project is designed to the NZ Green Building Homestar 7 standard. The construction considered safety and longevity of materials and their relationship to the residential and industrial buildings in the area.

“Everything from the brickwork to the metal cladding, the window location, the insulation and heat recovery systems contribute to making these homes as energy efficient as possible. We’re also keen to promote energy efficiency outside the homes, which is why we’re working toward having e-bikes and electric vehicles on-site, too,’’ Mr Leeson says.