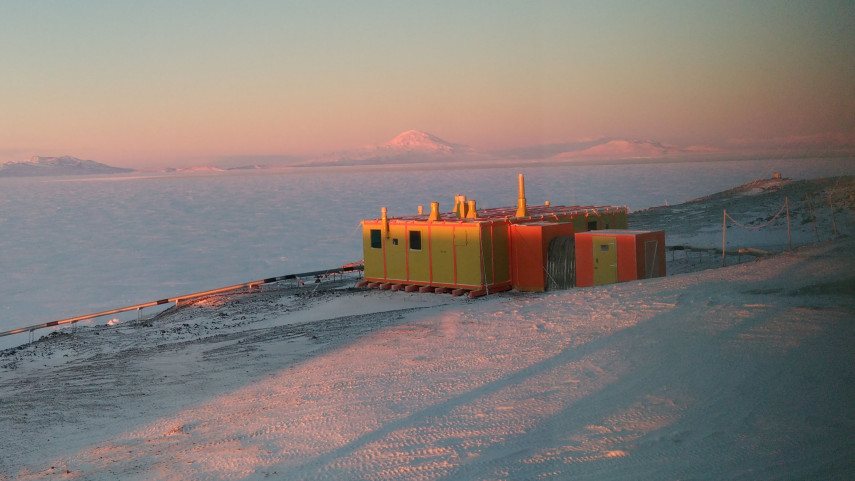 Explore the hut used by Sir Edmund Hillary and his team at Scott Base in a new virtual reality exhibition hosted by the Canterbury Museum.

Hillary’s Hut Antarctica, a unique, interactive experience developed by the Antarctic Heritage Trust, is at the Museum from 5 November until 7 November during the Christchurch Heritage Festival 2020 which starts on Saturday.

Created in partnership with Auckland University of Technology over two years, the exhibition allows visitors to wear a virtual reality (VR) headset and ‘walk through’ the five rooms of Sir Edmund Hillary’s restored historic hut.

They’ll have the chance to view hundreds of artefacts from the early years of New Zealand’s Antarctic programme and learn more about New Zealand’s first presence in Antarctica.

Two VR stations will give visitors an insight into how the 23 men in Hillary's team lived and worked in the world’s most extreme environment more than 60 years ago.

Hillary’s Hut is Scott Base’s first building and was built in 1956-57 by Sir Ed and his team before he led a successful expedition on Ferguson tractors to the South Pole.

The Antarctic Heritage Trust conserved the building in time for Scott Base’s 60th anniversary in 2017.

Canterbury Museum Director Anthony Wright says the Museum is delighted to be hosting the Hillary’s hut VR experience during the Heritage Festival.

“Hillary’s hut is such an important place in Aotearoa New Zealand’s history, and the Trust’s VR experience is a fantastic way of making it accessible to everyone. I’m sure our visitors will love exploring the hut. They will also be able to see objects from Hillary’s expedition, including his Ferguson tractor, on display in our Antarctic Gallery.”

Trust General Manager Operations and Communications Francesca Eathorne, who oversaw the project development, hopes Canterbury Museum visitors will take the opportunity to see inside the hut.

“Virtual reality allows people to visit these important sites without travelling there, which is expensive and difficult to do. Hopefully the fascinating stories of what Sir Ed and his team achieved will inspire people’s spirit of exploration.”