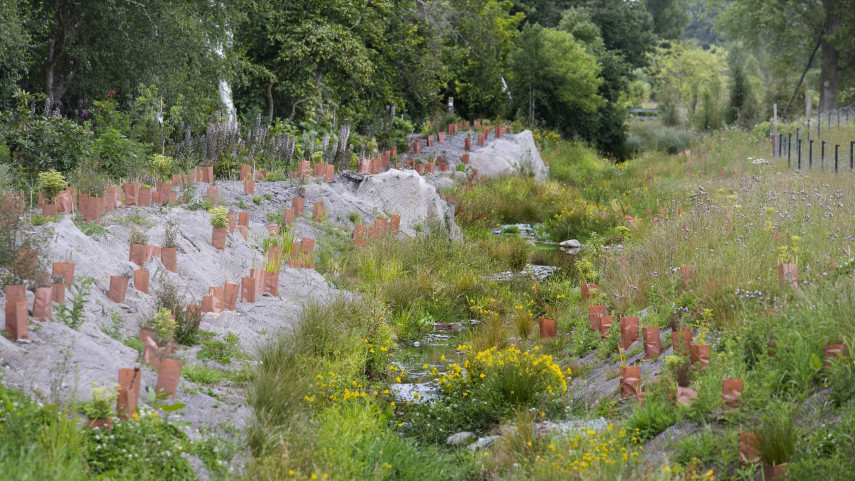 Work to restore the health of a Christchurch stream that once teemed with freshwater fish and acted as an important food gathering area for Māori has received a funding boost.

The Government has given Christchurch City Council a grant of almost $1.5 million through its Freshwater Improvement Fund to help fund restoration work on Cashmere Stream.

Cashmere Stream is part of a historically significant wetland that was traditionally used by Māori as a food gathering area and it is home to a number of threatened species, such as kōura (freshwater crayfish), kākahi (freshwater mussels), tuna, inanga, pied stilts, oyster catchers and southern grass skink.

Over the past few years around 2500 native trees have been planted along the headwaters of the stream by the Cashmere Stream Care Group to help improve the health of the waterway.

Now, the Council has been given funding for a three-year project that will see it working with community groups to restore the cultural and ecological health of a 1.8 kilometre stretch of the waterway between Sutherlands Road and Dunbars Stream.

Sediment will be removed from the stream and the banks re-sculpted and planted with native species to improve the ecology of the waterway. A 30-metre wide corridor of planting will be created to shade and protect the stream, enhancing the habitat for the freshwater fish.

The work forms part of a $50 million investment by the Council in stormwater treatment, wetland creation and floodplain management infrastructure in the area surrounding Cashmere Stream.

“The work we are intending to do will enhance the biodiversity values of the area and also contribute to the Council’s carbon neutral target so we are delighted the Government has decided to use its Freshwater Improvement Fund to help finance this work,’’ says Council City Services General Manager David Adamson.

The Freshwater Improvement Fund is part of the Government’s $1.245 billion Jobs for Nature package that aims to create significant environmental benefits and employ people to help accelerate the recovery from the impacts of COVID-19.

It is estimated that the work on Cashmere Stream will create the equivalent of 21 full-time jobs over the life of the project.

Environment Minister David Parker has also announced that $4.15 million from the Freshwater Improvement Fund will go to the Styx Living Laboratory Trust to support its efforts to improve the ecology of the Styx catchment.

Some $2.16 million from the Freshwater Improvement Fund will go to Te Taumutu Rūnanga and the Co-Governors of Te Waihora/Lake Ellesmere so they can restore a whole catchment along Te Waikēkēwai/Waikēkēwai Stream, on the south-western edge of the lake. The five-year project will improve water quality, māhinga kai and biodiversity.