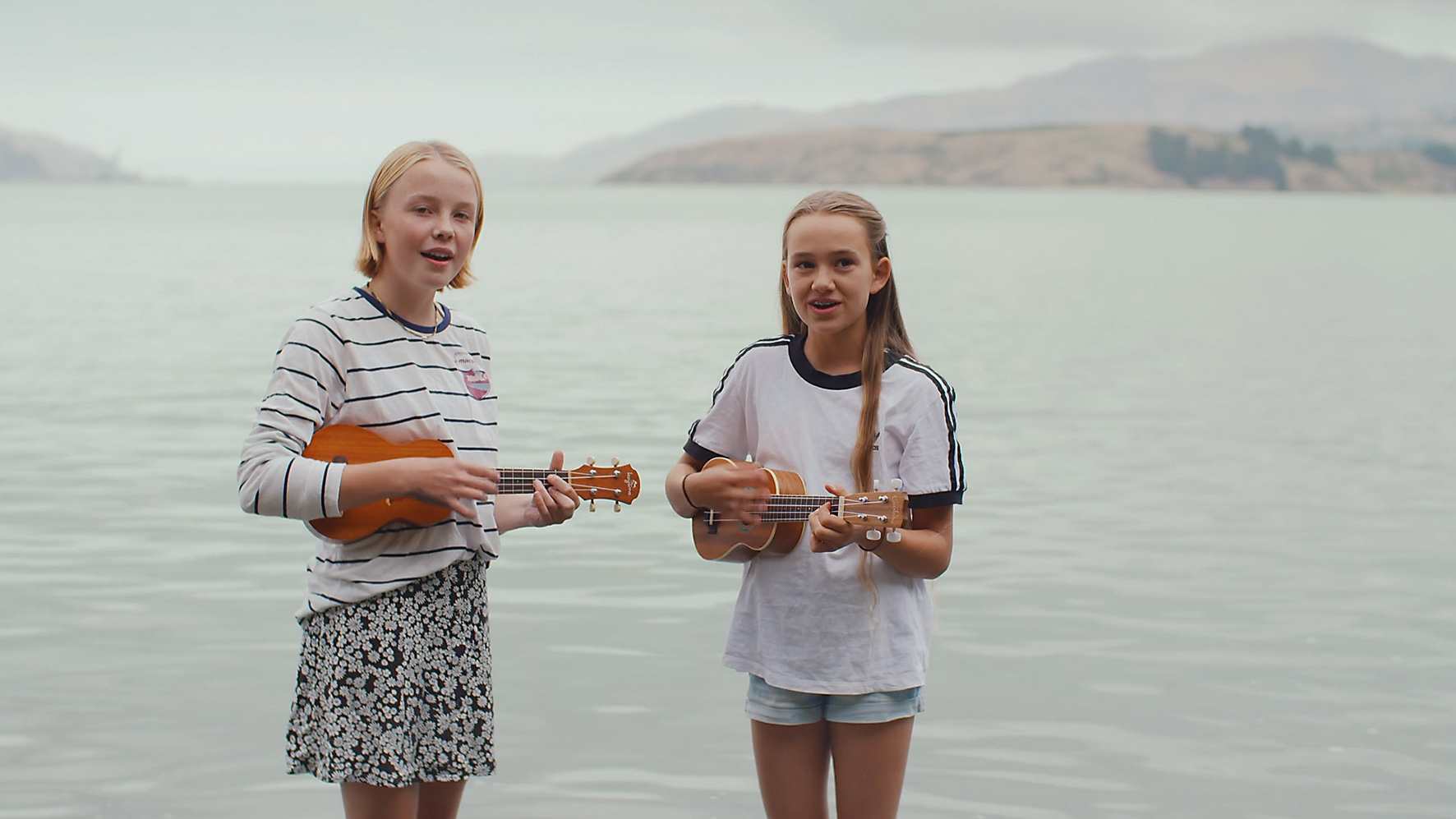 The music video showcases the Fix It Up song, which two of the school’s students wrote the lyrics for after learning about climate change and the need to plan for, and adapt to, life in a changing climate, particularly in coastal areas that are likely to be impacted by sea-level rise.

Five other Christchurch and Banks Peninsula schools participated in the programme last year and another seven are taking part in it this year.

Sasha Harwood wrote the lyrics for Fix it Up, with help from classmate Kate Rayner. The pair, along with many of their classmates, star in the music video, playing their ukuleles.

“We hope to inspire as many others as we can that we can fix it up. We can fix up climate change,’’ says Sasha.

“We can have our voices heard. And that we can make a difference. We would love to give others the idea to spread the message and write their own song. It would be amazing if we could have a whole album of climate change songs made.’’

Kate Rayner is excited to be sharing Fix It Up with the wider public.

“I think that this song is a call to action and a reminder to everyone that there is hope – everyone has a voice and it’s never too late to make a difference,’’ says Kate.

Sasha and Kate created the song after their Year 6 to 8 class was challenged to think about ways they could take climate action, make a difference and share their message with a wider audience.

The students went in many directions; walking school buses were created to try and reduce carbon emissions, movies were made, video games were created and meetings with local MPs were arranged at Parliament while the class were on their Wellington school camp.

Teacher Angie Rayner says it was an amazing learning experience for the students.

“We never imagined at the start of our inquiry last year that we would be presenting at Council meetings, writing emails to politicians and creating a music video. It has allowed students to explore, discuss, and be involved in meaningful projects that involve real-world problems that are relevant to them in their local environment.’’

* Pictured above, Sasha Harwood (left) and Kate Rayner in their Fix It Up music video.