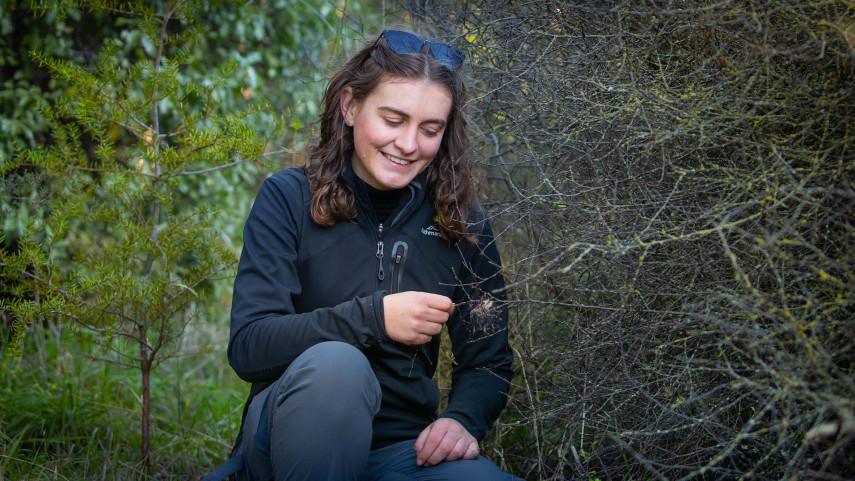 Rare native and endemic invertebrate populations are flourishing in a wetland next to the Avon-Heathcote Estuary / Ihutai in Ferrymead.

Forty of these were common species and 135 were rare. They included spiders, beetles, bees and weta.

Ms Palmer was awarded a summer scholarship by the Avon-Heathcote Estuary/Ihutai Trust to study insect diversity at the reserve, a 20ha area bordered by Linwood Avenue and Humphreys Drive.

“Julia’s study was the most comprehensive research conducted at the site,” says trust manager Tanya Jenkins.

“Considering this wetland was still a paddock in 2005 with probably a small number of worms, flies and spiders this proves the benefits of ‘working with nature’ by planting the right species to support invertebrates.” 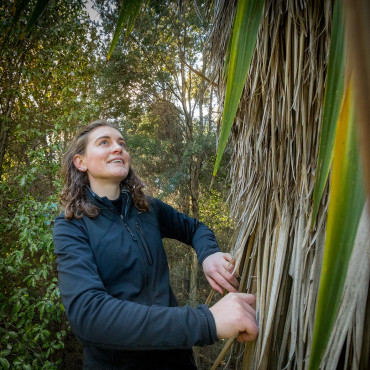 Julia Palmer was surprised by the number of different species she found at Charlesworth Reserve.

Since a planting programme began in 2005 more than 120,000 trees, shrubs and saltmarsh plants have been planted on what was mainly pastureland.

The work has largely been undertaken by volunteers coordinated by the trust and supervised by Christchurch City Council Ecologist Andrew Crossland.

Vegetation now ranges from established native flora to exotic grasslands which helps to provide diverse habitats for invertebrates to populate.

Ms Palmer says that variety was one of the most fascinating aspects of her research.

“The diversity that I found throughout the wetland was incredible. It was also interesting to see how the diversity ranged between the different habitats of the wetland.

"It was a small area so I was surprised – I was uncertain I would find so many. Some of them were so tiny and would hide so you had to go looking.”

The presence of a large, untouched patch of salt-marsh on the site that predates European settlement could also be underpinning the diversity of invertebrates, Ms Palmer says.

“It is quite a large area with other connecting patches which could be a source of many of the native/endemic species. The invertebrates could have been limited to this area before it was restored, so we are lucky to have this historic area.”

A copy of the report including photographs of each individual species and recommendations for further action can be found under reports on the Avon-Heathcote Estuary/Ihutai Trust website.