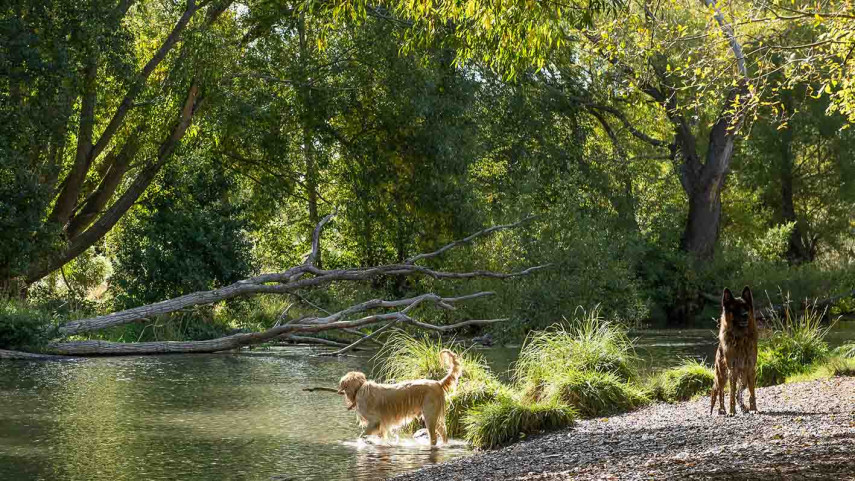 The popular dog park at The Groynes is open again after extensive testing found no poisons or toxins that could harm dogs.

Christchurch City Council closed the dog park as a precaution on 18 May after it became aware that a dog had died suddenly after visiting the park.

However, extensive investigations have uncovered nothing within the park that could be harmful to dogs so the Council has decided it is safe to reopen it.

“We were very concerned to learn that a dog had died after visiting the park because safety is our number one priority. We have spent the past 10 days conducting tests and searching the area for anything that could explain why the dog died,’’ says Council Head of Parks Andrew Rutledge.

“Rangers combed the park thoroughly for any signs of blue green algae or any unusual substances present and they found nothing. While we had the park closed, we  commissioned a series of tests for toxins and poisons that would have been cause for concern.

"Environment Canterbury tested the water in the Ōtukaikino Stream and in the muddy pond where the dogs like to play for naturally occurring cyanotoxins  (algae) that could be harmful if ingested, but none were detected,’’ Mr Rutledge says.

“We also tested the stream, the pond and the water tank that is used to fill-up dogs’ drinking bowls for some other toxins and poisons, such as 1080, that could be harmful to dogs. Those tests also came back negative.

“Based on all these results and investigations, we are confident it is safe to reopen the dog park and we are looking forward to seeing people back walking their dogs in the area,’’ Mr Rutledge says.