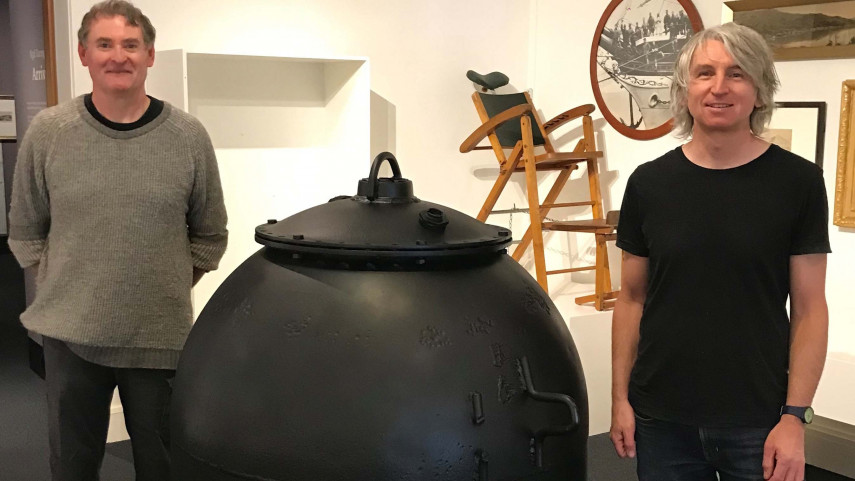 What does the Akaroa Junior School dental chair have in common with a World War Two sea mine?

The answer is that they’re both on display at Akaroa Museum.

The Ngā Taonga me ōna Kōrero: A Decade of Collecting exhibition opened on Saturday 11 December and showcases an eclectic range of objects collected over the past 10 years.

“They are all connected in some way to people who have lived in Akaroa or the surrounding bays and they individually and collectively tell the stories of their lives.

“Many of the objects are also connected to each other, through family ownership, creatorship or through other provenance.

“Viewed together, these diverse objects will entrance and intrigue visitors. It shows how purposeful collecting over decades creates meaning and resonance.”

Ngā Taonga me ōna Kōrero: A Decade of Collecting runs throughout the summer.

Under the Orange traffic light alert level, anyone aged 12 and over entering Akaroa Museum requires a vaccine pass. Please sign/scan in and wear a mask.