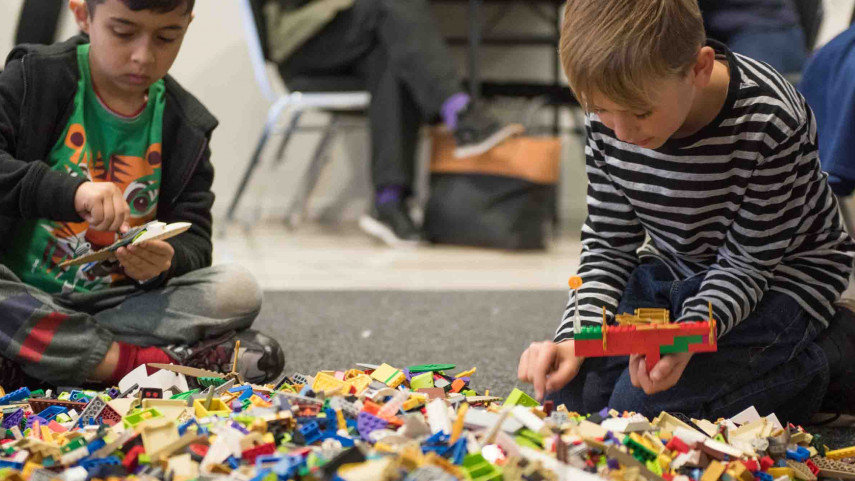 The Christchurch City Council has entered into a formal partnership with the charitable trust, which specialises in creative play and creative education using LEGO.

Imagination Station will have a new permanent home on Tūranga’s Hapori/Community Floor (level one) when the library opens on 12 October. Its current site in Cathedral Junction will close after 11 October. The Imagination Station will have a dedicated space within Tūranga.

The Council’s Head of Libraries and Information, Carolyn Robertson, says the partnership is a perfect fit for the city’s 21st-century library.

“Tūranga will be a place for people to let their imaginations run wild and realise new possibilities through creativity, technology and hands-on learning.

“Having a dedicated space for Imagination Station means everyone can make the most of a wonderful, colourful collection of LEGO, LEGO Technic and DUPLO – building and creating to their heart’s content.

“We’re very pleased this is yet another reason for people to get excited about Tūranga’s opening next month.”

“Our mission is to build creative, lifelong learners, and this is very much aligned with Tūranga’s aims for library visitors.

“Not everybody has access to LEGO in their home, so this is an exciting opportunity for us to expand operations and make our collection and tuition available for even more people in Christchurch to enjoy.”

Mr Butcher says the charity is also planning to offer LEGO education courses to the wider Christchurch City Libraries network and to local schools from early next year.

“We’re very pleased to be growing and playing a part in Tūranga’s success and the city’s future.”