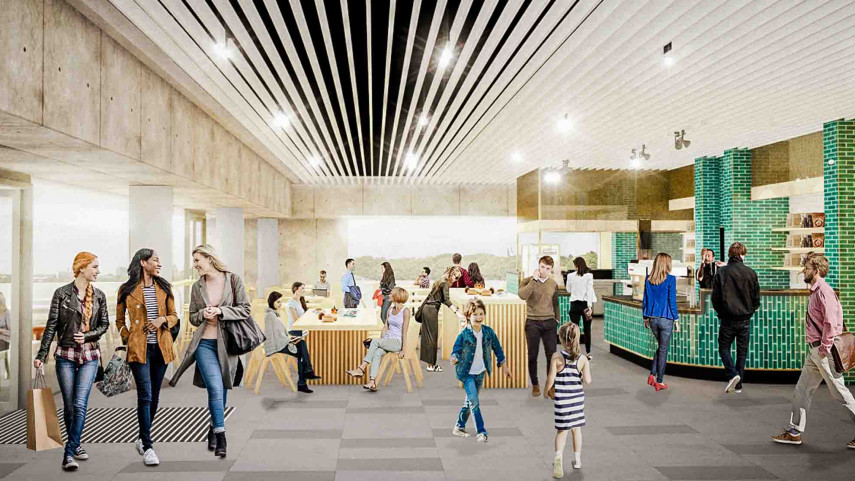 Food lovers and coffee connoisseurs are in for a treat when Christchurch’s new central library, Tūranga, opens its doors later this year.

The $92 million public library – set to become the most modern in the southern hemisphere – will feature an array of high-tech learning experiences, as well as a new café and espresso bar split between its ground and first floors. An artist's rendering of the new Tūranga cafe.

The venues, both called Foundation, will be jointly operated by The Catering Belle owner Ruth Trevella and current part-owner of Linwood’s Under the Red Veranda Amanda Heasley.

Carolyn Robertson, Head of Libraries and Information, says good food and coffee are yet another reason for people to get excited about Tūranga’s opening.

“Tūranga is going to be an amazing 21st century facility for the city, and a real destination for residents and visitors – it’s absolutely going to change the way we think about libraries and use their services going forward.

“We’re very excited to have Ruth and Amanda on board. They have significant local experience and a shared vision for Tūranga as a people-first space, filled with creativity, learning and new experiences.”

Ms Trevella says she and her team are looking forward to being a part of the excitement surrounding the opening of the city’s new central library.

“We see the café as an extension of the world-class facility that Tūranga aims to be – a source of pride for Christchurch, promoting the regeneration of our city. I feel very privileged to be playing a part in that, and I’m looking forward to offering residents and visitors a taste of the best Canterbury has to offer.”

Tūranga, which is being built on the corner of Cathedral Square and Gloucester Street, will be the largest public library in the South Island and a third larger than the city’s former earthquake-damaged central library.

As the flagship for the Christchurch City Libraries network, Tūranga will support 19 community, digital and mobile libraries. It is scheduled to open in the third quarter of this year.