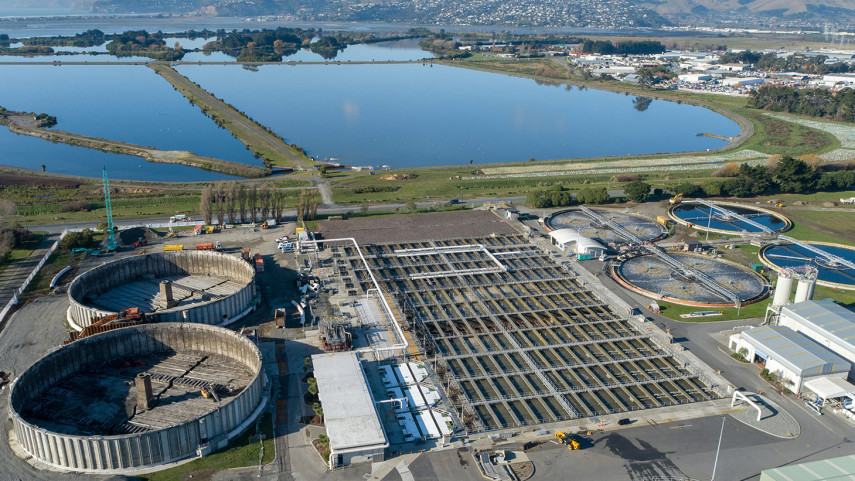 The new sludge treatment system at the Christchurch wastewater treatment plant is significantly improving the biological health of the oxidation ponds, reducing the odours and seeing waterfowl return.

Head of Three Waters, Helen Beaumont, says that with better-quality wastewater now flowing through the oxidation ponds, the health of the ponds is recovering at a faster rate and the odours are diminishing.

“This week we're excited to see that ponds 5 and 6 have reached our benchmarks for the level of dissolved oxygen and reduced organic loads, and we've be able to turn them ‘green’ on our pond health tracker on the wastewaterfire website,” Ms Beaumont says.

“A 'green' indication means the biological health of these ponds has improved to a point where they’re capable of handling increased organic loads if there’s a temporary equipment failure somewhere in the treatment plant process.

“At the same time, we've seen sustained improvements in ponds 3 and 4, and we're able to now turn them 'orange'.

“This is news that many people in Christchurch, especially those who live and work near the oxidation ponds, have been waiting to hear for a long time.  We acknowledge how difficult the odour has been for people and we’ve appreciated everyone’s patience as we worked to install a treatment system that temporarily replaces the work of the destroyed trickling filters.”

While more than half of the population recorded was Canada geese, the survey also recorded close to 300 NZ scaup, 51 Australasian shoveler, 36 grey teal and three mallard ducks.  Almost 70 cormorant nests were also recorded.

“Although these numbers are noticeably lower than the many thousands of waterfowl we normally expect see on the ponds, we're encouraged to see the birds returning,” says Ms Beaumont.

“We've also seen a return of the ‘krill of our wetlands’, the midges, but numbers are still very low compared to normal. We expect this valuable food source will gradually increase.”

Ms Beaumont says that while four of the six oxidation ponds have reached the ‘orange’ and ‘green’ benchmarks, ponds 1 and 2 are taking longer to recover.

“These ponds have received higher organic loads since the November fire, so they're therefore in the poorest health. Pond 1 is also a large pond, so will take longer to improve than some of the smaller ponds.

“While our air quality monitoring is showing that odours are generally improving, ponds 1 and 2 still have the potential to produce hydrogen sulphide.

“However, warmer weather and increased sunlight hours will help all of the ponds improve faster, and the odours from ponds 1 and 2 will progressively reduce as their health improves.” 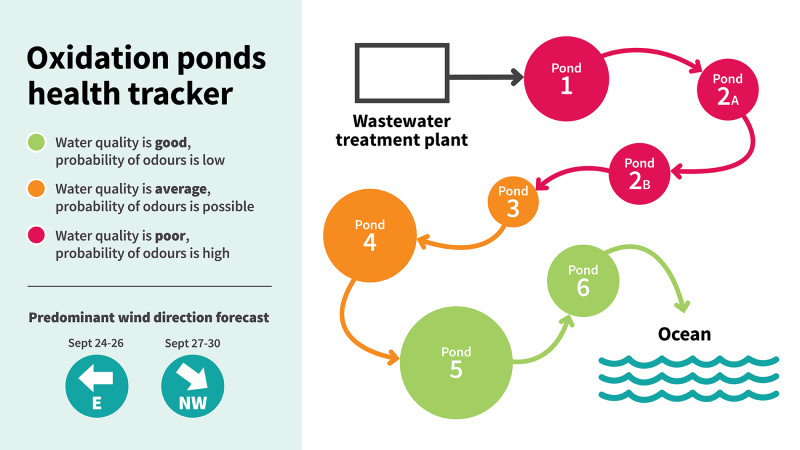