Work has begun on the restoration of the historic Nurses’ Memorial Chapel outside Christchurch Hospital.

Damaged in the 2011 earthquakes, the Chapel will undergo a full year of repair and strengthening work before reopening to the public in August next year.

Christchurch City Council Heritage Rebuild Programme Manager Richie Moyle said the chapel would be strengthened and restored and open to the public by next summer. Work has started on the restoration of the Nurses' Memorial Chapel.

“We’re delighted to be getting work underway on this beautiful building. We’ve done extensive investigation and preparation work to determine the full extent of strengthening and repair work required. This building survived the initial major earthquakes and every aftershock since. It is a very special building to so many in Christchurch and deserves a vibrant future.”

Council Operations Manager Garden and Heritage Parks Nicky Brown said the late Gothic Revival chapel opened in 1928 and now served as a tribute to all New Zealand nurses who died in World War I, World War II and the deadly influenza epidemic of 1918.

“The chapel sits at the front of Christchurch Hospital and was originally built to commemorate the loss of 10 New Zealand nurses who died when the British troop ship, Marquette, was torpedoed by a German submarine in the Aegean Sea in late October 1915. Three of the nurses killed were trained at Christchurch Hospital.

“A key feature of the chapel is its beautiful stained glass windows which commemorate pioneering nurses such as Sibylla Maude, who set up the first district nursing service in New Zealand.”

Friends of the Nurses’ Memorial Chapel Secretary Cheryl Jenkins said it would be wonderful to see the chapel back in use by the end of next year.

“We’re very excited to be underway after a lot of planning and we look forward to next year when we hope to be open in time to hold an event for Marquette day on October 23rd.

“We haven’t had a chapel for six years so as an organisation we have had to change focus. We have been working on our boutique museum collection which we have stored at Wigram Airbase, and getting expert advice on how to care for it.”

Work to be done includes the deconstruction of a number of existing walls, with a raft of new reinforcing work to strengthen the building, followed by the replacement of original panelling, parquet flooring and other interior fittings.

Work is scheduled to be complete in August 2018. 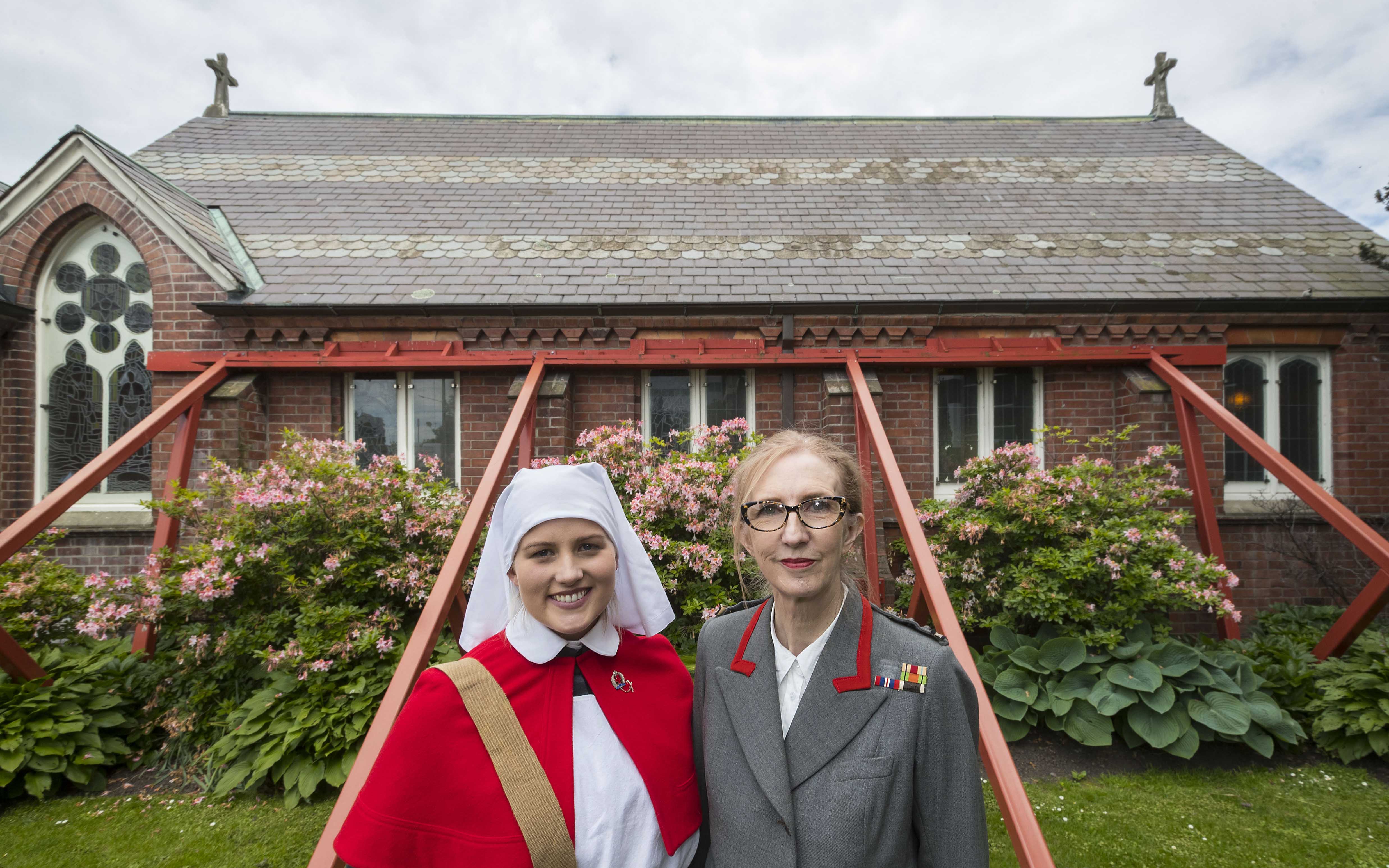