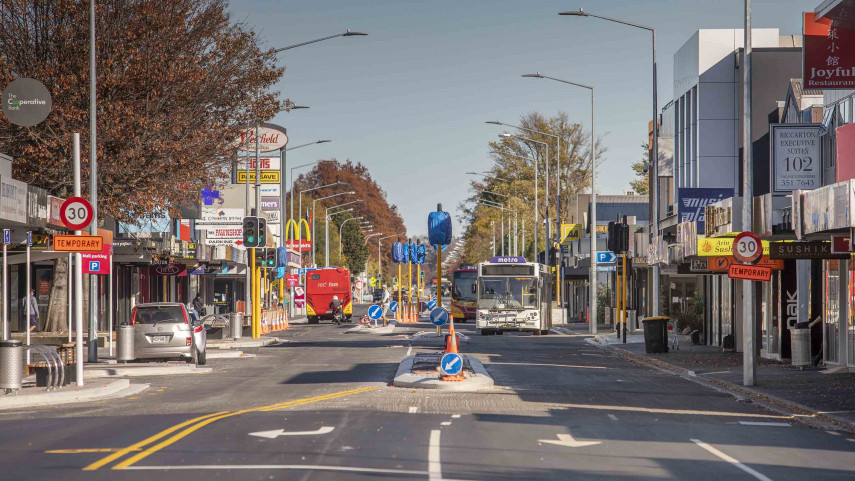 Contractors will resume work on a number of key roading projects around Christchurch when the Level 3 restrictions come into force.

Christchurch City Council stopped work on all non-essential roading projects during the Level 4 lockdown but the Government’s decision to move to Alert Level 3 from Tuesday 28 April means roading contractors can get back to work.

“There will be additional health and safety measures required to ensure the safety of the crews working on these roading projects so it won’t be quite business as usual for our contractors, but they will be able to start re-activating their work sites so they can get back to work’’ says Christchurch City Council Transport Planning and Delivery Manager Lynette Ellis.

“Preparing the sites and inducting staff on the new health and safety procedures will take a bit of time but people can expect to see work ramping up on the city’s roading projects over the next couple of weeks.’’

Contractors have the home stretch in sight for the $18.4 million project to upgrade the section of Riccarton Road between Harakeke and Matipo streets.

The infrastructure project, which began early last year, has involved replacing ageing sewer and water supply pipes, some of which were over 100-years-old and buried about four metres below ground. The work will future proof the infrastructure underneath Riccarton Road while improving the reliability of bus travel times.

Final road resurfacing between Harakeke Street and the Straven Road intersection was completed before work stopped on 25 March for the COVID-19 Level 4 lockdown.

When work resumes, the contractor’s focus will be on completing the new road surface west from Straven Road to Matipo Street and then moving onto tree planting, landscaping and line marking.

Before lockdown, the Riccarton Road project was about eight months ahead of schedule with the invasive work expected to be finished by Easter. The disruptive work is now expected to be completed by early May

Work will also restart on several roading projects in St Albans, Mairehau and Edgeware in preparation for the opening of the new Christchurch Northern Corridor (CNC) motorway.

At present, the focus is on Cranford Street and Sherborne Street, along with the intersection of Warrington Street and Barbadoes Street. A new water main is also being installed between Berwick Street and Bealey Avenue.

All the improvements will contribute to better connections for people travelling through these areas when the CNC opens and into the future, as well as providing safe walking and biking routes to retain a sense of community.

Contractors will also be able to start work on the revitalisation of Victoria Street in central Christchurch.

The earthquakes and subsequent demolition work have left the street in a substandard condition and needing to be rebuilt. The work will make Victoria Street more people friendly and restore a vibrant part of the central city.

Investigation work to locate underground services along Victoria Street was completed by contractor Fulton Hogan before the lockdown began and work on the upgrade will now get underway. The work will be carried out in stages to minimise disruption to the local community and businesses.