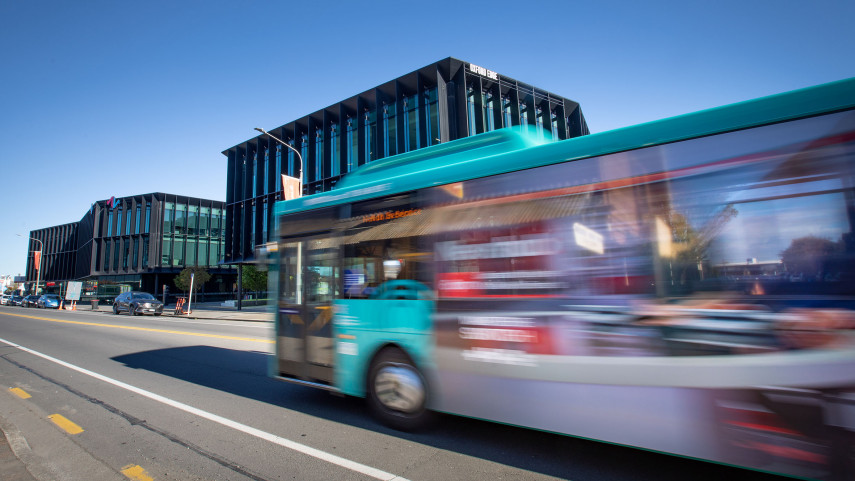 Work will begin in early May on stage one of works to install peak hour bus priority lanes on Lincoln Road, between Moorhouse Avenue and Whiteleigh Avenue.

Christchurch City Council Head of Transport Lynette Ellis says the bus lanes will improve the reliability of public transport in the southwest of Christchurch.

“This area is growing fast and the roads often become congested during the morning and afternoon peak. The new peak hour bus lanes will improve journey times for those using public transport for their commute.

The peak hour bus lanes will be installed on both sides of Lincoln Road, between Moorhouse Avenue and Whiteleigh Avenue. They will operate weekdays between 7am and 9am towards the city, and between 3pm and 6pm towards Halswell.

A bus lane will also be installed on the south side of Moorhouse Avenue, between Selwyn Street and Lincoln Road. This bus lane will only operate between 3pm and 6pm.

“We’re also making other improvements to the transport network that will make it safer for pedestrians and other road users travelling through this busy area”, says Ms Ellis.

The additional improvements include the installation of a pedestrian crossing at Addington Village, reducing the speed limit on Lincoln Road to 30kmh between Moorhouse Avenue and Whiteleigh Avenue, widening footpaths, installing new parking bays and relocating and installing new bus stops.

“We’re working closely with our contractor to limit disruption to businesses, residents, and road users during the work. The contractor will work outside of peak traffic times, as much as possible, to minimise delays in the busy morning and evening periods.”

The Council consulted the public about its bus lane plans for the Moorhouse Avenue to Whiteleigh Avenue section of Lincoln Road in 2018. It made several design changes as a result of the feedback it received.

“I want to thank businesses and residents for their patience, both during the overall design of the project and while we complete the works. The bus lanes will give commuters a more reliable journey time and the area will be safer for all road users,’’ Ms Ellis says.

More peak hour bus lanes are also planned on Lincoln Road between Whiteleigh Avenue and Curletts Road. They will link with the bus lanes that Waka Kotahi is proposing to install along Halswell Road, from Curletts Road to Dunbars Road.