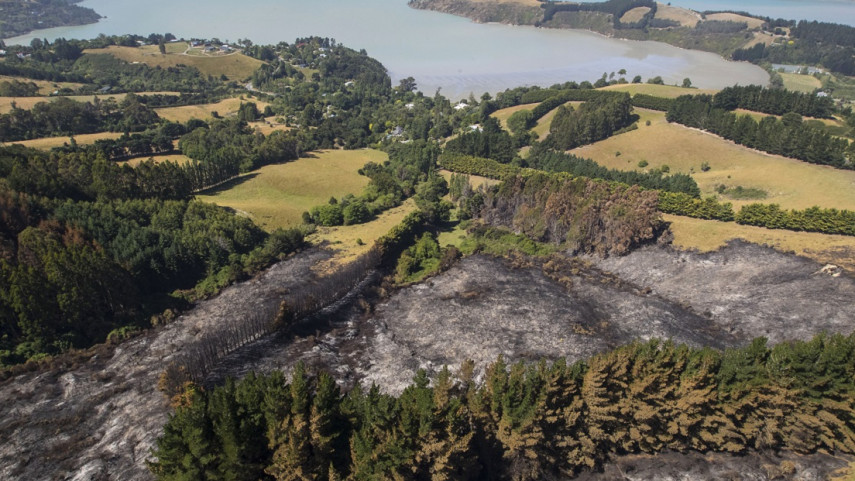 Charred earth and forests reduced to skeletal trees are revealed in images taken from above the Port Hills.

Photos and video taken during a helicopter flight over the area early this week reveal the extent of damage in the wake of the wildfires that began on Monday, February 13 and led to the evacuation of hundreds of homes.

The fire swept through a huge section of the popular Christchurch Adventure Park's mountain bike tracks, seen in some of these images. However, the buildings in the Village area at the base of the park were untouched.

At its peak, the fire covered 2075 hectares across the Port Hills, with a perimeter of 30 kilometres. More than 120 firefighters, 15 helicopters and three fixed wing planes battled the blaze at its height last week.

The Rural Fire Authority reports that 90 per cent of the fire perimeter area is now considered controlled. Controlled is definite as bare earth or blacked-out ground for at least 10 metres. However, fire fighters remain vigilant for possible flare-ups.

Anne Newman, Spokeswoman for the Christchurch Adventure Park, said it remains in the hands of Civil Defence. "The fire remains active within the Park and it is unsafe for staff or any member of the public to enter.  The risks of fire, tree and rock fall hazards are extremely high."

She said on Tuesday helicopters tackling the fire had to be grounded three times because of drones being flown over the Park. She emphasised that the Park is a no-fly zone for drones.

"This is incredibly concerning and frustrating as it is prolonging the fire containment efforts and jeopardizing the safety of the pilots. I know people want to see what has happened, but it is seriously jeopardizing the work of the fire services.”

She said it was extremely fortunate the fire was able to be contained ahead of the village and base station but there was significant damage to the chairlift and the rest of the park.

“We are unable to assess the extent of the damage or how long it will take until the fires are out."

The Christchurch Adventure Park is set in 900 acres of land on the Port Hills known as the Cashmere Forest and will be closed until further notice. 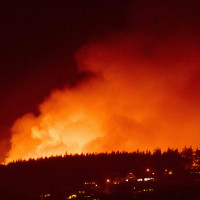