Progress on river corridor a highlight of 2021 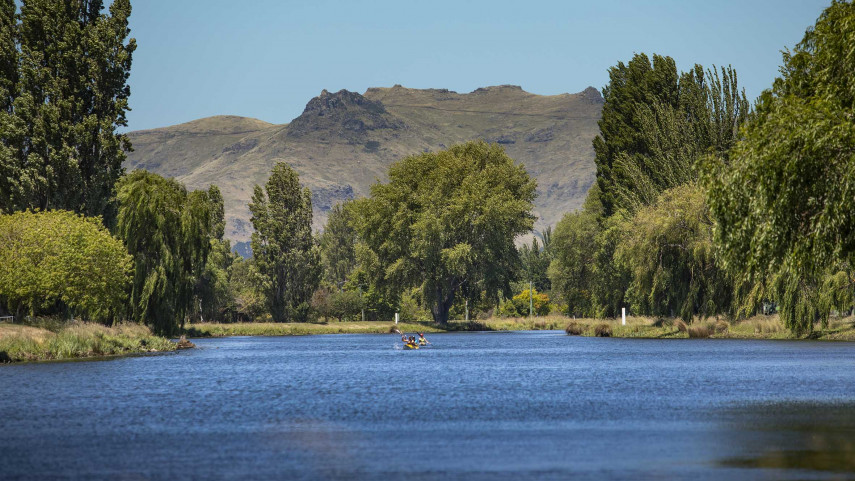 Significant strides have been taken this year in the multi-generational project to transform the Ōtākaro Avon River Corridor into an ecological sanctuary and recreational area for the city.

With the help of an army of volunteers, young and old, tens of thousands of plants have been put in the ground to start creating a native forest corridor that follows the Ōtākaro Avon from the city to the sea.

Work on a new riverside landing at Dallington – the first of a series of new landings planned along the river – is nearing completion. Good progress has also been made on the three new bridges that will give people more places to cross the Ōtākaro Avon. The Medway Street, Snell Place and Avondale bridges should all open in the next few months.

“Each of these projects takes us a step closer towards realising the vision for the Ōtākaro-Avon River Corridor and to creating a new legacy for the city,’’ says Christchurch City Council Head of Parks Andrew Rutledge.

“This year we’ve been able to open up more of the regeneration area to the public by removing most of the fencing that was put up to restrict access while the area was being cleared of houses. We have been able to approve more transitional land use projects, clearing the way for exciting new initiatives such as the Fungi Farm.

“We’ve also been able to advance plans for the new City to Sea shared pathway. We are going to build the eight-kilometre long pathway in stages between 2023 and 2025 but we have already started the process of closing some short sections of road around the Ōtākaro-Avon River so that we can bring the vision of a shared pathway weaving through wetlands and ecologically restored areas to life,’’ Mr Rutledge says.

“People can expect to see us continuing to invest heavily in the Ōtākaro-Avon River Corridor in the coming years as we seek to make this area a destination for all.’’

While the regeneration of the Ōtākaro-Avon River Corridor has been a big focus for the Council’s parks unit over the past year, some other high profile parks have also come in for special attention.

This year has seen the start of work to transform Lancaster Park back into a park for community sports and recreation. This has involved cleaning up and levelling the site, removing the foundations of the demolished Lancaster Park stadium, putting down top soil and sowing grass for new sports fields.

“Lancaster Park has long held a special place in many Cantabrians hearts and we’re really excited to be giving it a new lease of life as a community sports and recreation area,’’ Mr Rutledge says.

“The sports fields should be ready for play in the autumn. That will be a really special milestone because Lancaster Park is synonymous with sport in this city.

“We have plans to add other community amenities, such as a playground, to Lancaster Park as funding becomes available. We want to see the park become a well-used and much-loved community asset.’’

Christchurch’s world famous Botanic Gardens have also come in for some special attention over the past 12 months, with a number of upgrades completed to enhance the visitor experience.

The main path next to the herbaceous border (from the edge of the Ilex visitors’ centre to the public toilets by the former Robert McDougall Art Gallery) has been upgraded and a new timber boardwalk built through the native garden.

The Hospital Woodland Walkway and the Kate Sheppard walkway within the gardens have been upgraded and two small pedestrian bridges renewed.

“We’ve also upgraded the Armagh Street bridge to Armagh Street carpark path and completed the sealing of the pathway around the perimeter of North Hagley Park so it is easier for people in wheelchairs, those with prams, and those on bikes to enjoy the park,’’ Mr Rutledge says.