What’s on in Christchurch this long weekend 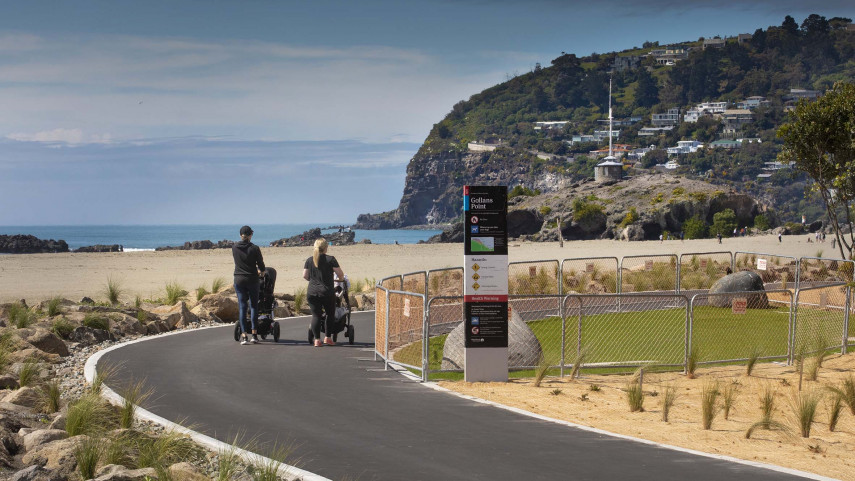 Join the Dawn Service on Anzac Day, take in one of the many family friendly walks on offer, find a scarecrow, step back in time or head to the rugby.

A Dawn Service will be held in Cranmer Square on Sunday to mark Anzac Day.

Veterans will gather outside the Returned and Services’ Association (RSA) building in Armagh Street at 6am before marching to Cranmer Square. The service will close with The Last Post, a minute’s silence, a blessing and the national anthem.

Later that day, the Transitional Cathedral in Latimer Square will host the 10am citizens’ service while the Air Force Museum will hold a service at noon.

You can also head to Avebury House at 10am on Sunday for an Anzac Day walk exploring the Richmond red zone, including an installation of crosses, poppies and information on local soldiers who gave their lives.

Join Woolston Brass for the Anzac Variety Concert on Sunday at 2pm at the Christchurch Town Hall.

The Crusaders will be chasing a return to winning Super Rugby form – following a one-point loss to the Chiefs – when they tackle the Blues at Orangetheory Stadium on Sunday afternoon. Book tickets online.

The Court Theatre celebrates its 50th anniversary this weekend, with the launch of a book on the theatre’s history, a Theatrical Fundraising Gala on Saturday night and a Great Debate on Sunday afternoon.

The History of the Court Theatre, celebrating 50 years 1971 -2021 details the on and off-stage drama of the long-running professional theatre. The gala evening features several of New Zealand’s most talented performers while renowed playwright Sir Roger Hall will host the theatrical debate.

The Walking Festival powers up this weekend, with an Adventure on Te Ara Ihutai Christchurch Coastal Pathway, with fun activities, and the Christchurch Antarctic City Walk on Saturday, along with heaps of walks suitable for the whole family.

For younger family members, there is Pirate Dave Meets The Unexpectedly Odd, presented by the Canterbury Children’s Theatre at The Malthouse. Marvel at the amazing adventures of Pirate Dave and his trusty ship, Salty Dog. Book tickets online.

Through the Shop Window at Tūranga

Check out the fascinating finds, including a rare snuff jar and a 19th century ‘Russian Bears Grease’ ointment pot, on show in a special exhibition – Through the Shop Window – at Tūranga.

They are among the many old items – dug up at the site of the new Te Pae Convention Centre – that reveal the colonial consumer culture in 1860s Christchurch. The exhibition also shares the stories of drama and scandal from that period.

Considering Matthew Shepard at The Piano

Take a seat for the New Zealand premiere of Considering Matthew Shepard, a performance by Atlas Voices that blurs the lines of theatre, opera, choral, and musical theatre while utilising a range of musical genres.

Book tickets online for Saturday’s shows at The Piano.

Head to Methven to follow the Scarecrow Trail and find more than 40 scarecrows around the village.

Pick up a trail map entry form from the i-Hub Site for $10, with prizes for the most correct answers.

Take the kids on a wildlife treasure hunt exploring the central city. From Tūranga and Christchurch Art Gallery Te Puna o Waiwhetū to the Botanic Gardens and Canterbury Museum, the Ōtautahi Go Wild map takes youngsters on a journey of discovery. The maps are also available at the four exploration places.

You can also Explore Wild Ōtautahi in the Te Pito Huawera/Southbase Gallery at Tūranga. Inspired by Gavin Bishop’s book, Wildlife of Aotearoa, the interactive free exhibition focuses on the wildlife habitats of our city.

Join the New Zealand Secondary Schools Symphony Orchestra for an evening of Khachaturian (Sabre Dance, and Concerto for Flute featuring Isabella Gregory), Anthony Ritchie (A Bugle will Do) and Brahms (Symphony No.2 in D major, op.73) at the Charles Luney Auditorium on Saturday. Book tickets online.

You can find out about other events happening in and around Christchurch via the What’s On webpages.