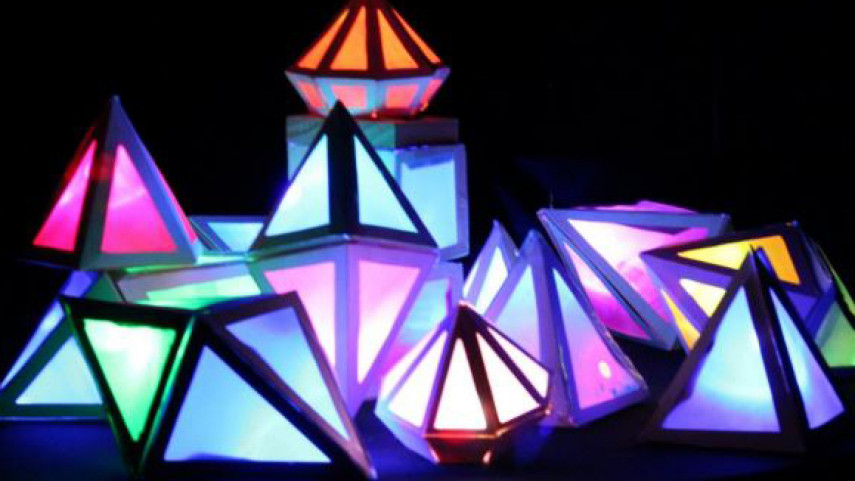 A class effort by students at Hagley College has won the student category of a competition aimed at turning unused shop windows into fun attractions.

The Hagley College Year 10 Art-Technology Class’s design installation, Light It Up!, received the most public votes in a Facebook poll and will now be brought to life in an available shop window in Christchurch’s city centre.

The design installation uses historical and contemporary shapes to shine a light on the future of Ōtautahi.

It was one of three design installations the public were invited to select from the Student category of ShoPOP. ShoPOP is an initiative launched by Christchurch City Council’s Enliven Places Programme to find creative ways for filling our city centre’s shop windows.

In the Open category of ShoPOP people were asked to vote on which of the five short-listed design installations they liked best.

Two design installations – Until Works End by Audrey Baldwin, Khye Hitchcock and Ater Belobeeva and The Pompoms by Shades Arcade – came out on top.

Until Works End features a series of surreal dioramas that re-imagine rebuild infrastructure, while The Pompoms features giant dancing pompoms that swirl and shimmy in a choreographed sequence of movement and light.

Council Head of Urban Design, Regeneration and Heritage Carolyn Ingles says the three winning designs will be installed in available central city shop windows over the next couple of months.

“It’s a great way to showcase our city’s creative side and the windows will provide another point of interest for visitors to our central city,’’ Ms Ingles says.

“A big thanks goes to all those who put forward design ideas and also to those who took part in the Facebook vote. It is great to see the community getting behind these initiatives and playing a part in breathing new life into vacant spaces.’’